Discrimination (n.) – The unjust or prejudicial treatment of different categories of people, especially on the grounds of race, age, sex, or disability.

After my college interview from hell with a side portion of discrimination, I had to step back and reflect on the situation alone. I knew that my family members were hurt and frustrated for what I had gone through, that they all wanted some form of justice for the hurt that had been caused, but this was my experience. This was my fight, and deep down, I knew that it was my duty to fight for the justice I believed I deserved.

It took me around a week and a half to get myself to write a letter of complaint to the college, having to relive the discrimination I had been faced with, as well as bringing the pain and self-doubt about myself back to the surface. But I did it, and I’m glad I did.

I felt good standing up for myself and not allowing myself to invalidate my emotions caused by the matter. But even when the college had responded, my joy was only short-lived. I thought that getting an apology would make me feel better, but it didn’t. The apology didn’t make my self-doubt go away; it didn’t stop my intrusive thoughts from declaring that none of this would have happened if I was normal.

In the months that followed, there were tears, frustration and self-loathing, but as I’ve said before, I’m very fortunate to have an incredibly supportive family that I can rely on, so with their help, I slowly started to find myself again. My mum, dad and younger brother were amazing; they always knew what to say, they were always there whether it was to get a hug or to have a listening ear, they’ve always been amazing, and I would be lost without them. Words cannot describe how thankful I am for them. I wouldn’t be where I am today without them, so thank you.

By 2015 I had finally started to find my true self again; I no longer cared about what other people thought about me, and I was more than ready to leave the 2014 incident in the past where it belonged. But as I started to love myself again, my passion for working in childcare reignited. And suddenly, I realised that whether I got hired by an employer in the future or not, no college facility had the right to deny me an education.

So I got up and decided to prove that interviewer wrong. I found work experience in a local créche, and I was released from my duties as soon as Summer had returned. I updated my CV, and with a brand new reference from the manager of the crèche that I had done work experience in, I started my hunt for college courses in childcare.

The first recommendation to be made by Google? The college where all the trouble started, but I sent in my application without hesitation. And just like the previous year, I heard back from them not long after with an interview date and time. But my moment of feeling like a strong independent woman almost instantly washed away when I saw that the same person would interview me as before.

Just my luck, right? The person I had written a letter of complaint about for discrimination was going to be interviewing me again, and I convinced myself that they were more than likely holding a grudge and that I once again wouldn’t stand a chance.

But even in what I now considered as my impending doom, I was still determined to show them that I would not stop fighting for my right to an education, even if it were to lead to a dead end. So like before, I sat in the dining room with my mum and dad. I practised for my interview with them countless times, I got a new outfit, and with my mum’s help, my hair and makeup were again done to perfection.

My one goal for round two? Not to allow the interviewer to bring me to tears again, and after some powerful words of encouragement from my mum, dad and younger brother, I made my way into the college on the day of my interview and once again, I sat alone outside waiting for my name to be called.

After finishing with the candidate that had been in for their interview before me, the interviewer greeted me warmly and invited me into the room to take a seat. And like before, I handed them my file with all the required documentation, and the interview began.

“I have to say, Emma, I didn’t think I would see you again after last year, but I’m so glad that you decided to reapply this year. I’ve never met anyone so determined. Thank you for proving me wrong. I look forward to seeing you on induction day.”

I could hardly believe what I was hearing, and I won’t lie, it took me a minute to register what had been said, but the interviewer just smiled, and I smiled in return; we shook hands, and I thanked them, they escorted me out of the room and with a much more cheery goodbye, I remember rushing down the familiar staircase and bolting out the door and practically skipped to my mum’s car.

“I got in!” I announced, my mum instantly pulling me into a hug, and once again, we called my dad while he was at work; we were all cheering and full of delight. I can still remember my brother’s bright smile as I told him once I got home. Everything that had happened the year before was no longer something I had to fear anymore; it was the reason why I was in the position I was in now, and I was so happy. I no longer felt like I couldn’t reach for my dreams like everyone else. And it was liberating.

And now, jumping seven years into the future as I write this today, I can safely say that the hardship of 2014 had been so worth it. It made me stronger as a person. The interviewer became my teacher, and by the end of the school year, I had proven them wrong, we built up a bond between us, and I finished my childcare course with high distinctions in every module.

As of right now, due to COVID, I am unable to work in the childcare sector due to the risks, but I’m happy to say that before the pandemic, I had been working and doing the thing that at one point, I thought no one would ever allow me to do. But while I eagerly await the day where I can work again, I’ve decided to continue with my studies online.

I’ve recently finished my Fetac Level 6 in Child Psychology, and I’m hoping to take on another course in the new year. 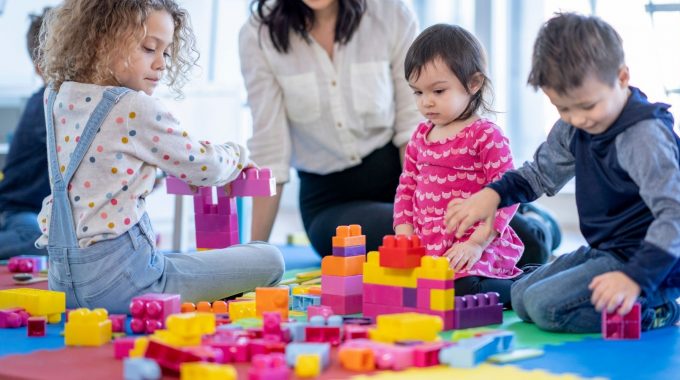 We are Open & Operating

Do stay safe and keep in touch with us. We are open and operating. The…

Step out with Deric & Ireland AM…

Step Out With Deric & Ireland AM... - Heart Children Ireland We need you to…

The Heart Children Youth Council is a committee, reporting to the CEO, made up of…